Punakha Dzongkhag has been inextricably linked with momentous occasions in Bhutanese history. It served as the capital of the country from 1637 to 1907 and the first national assembly was hosted here in 1953. Punakha Dzong is not only the second oldest and second largest dzong but it also has one of the most majestic structures in the country.
October 13, 2011 marked an unforgettable wedding of the King of Bhutan, Jigme Khesar Namgyel Wangchuck to Jetsun Pema which was held at Punakha Dzong. Punakha Dzong was built at the confluence of two major rivers in Bhutan, the Pho Chhu and Mo Chhu, which converge in this valley. It is an especially beautiful sight on sunny days with sunlight reflecting off the water onto its white-washed walls.
In addition to its structural beauty, Punakha Dzong is notable for containing the preserved remains of Zhabdrung Ngawang Namgyal, the unifier of Bhutan as well as a sacred relic known as the Ranjung Karsapani. This relic is a self-created image of Avalokiteswara that miraculously emerged from the vertebrae of Tsangpa Gyarey, the founder of the Drukpa School when he was cremated.
Punakha valley has a pleasant climate with warm winters and hot summers. It is located at an average elevation of 1200 m above sea level. Owing to the favourable climatic conditions, rice has become the main cash crop cultivated in the region. 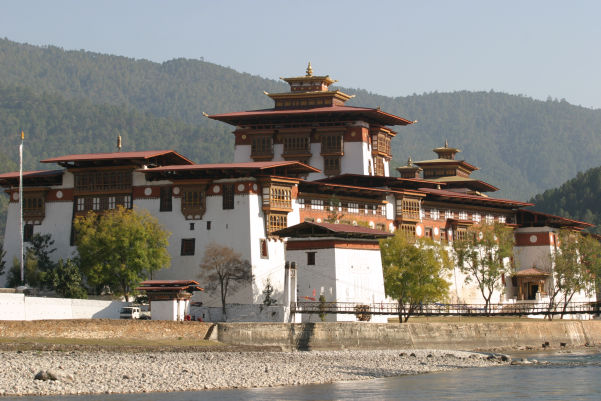 PUNAKHA DZONG
The Punakha Dzong, also known as the Pungtang Dechen Photrang Dzong, literally translates to the ‘palace of great happiness or bliss.’ Regarded as Bhutan’s chief Dzong and administrative hub of the Punakha District, the fortress is both the second oldest and second largest Dzong in the kingdom. Widely acknowledged as the most artistic and aesthetically pleasing Dzong in Bhutan, the nearly 400-year-old fortress boasts a six-story central tower, whitewashed walls and timber windowpanes. Built by Zhabdrung Ngawang Namgyel, a Tibetan Buddhist lama and the uniter of Bhutan as a kingdom, every Bhutanese king has been crowned here and it is still in use as the winter residence of the official monk body of the kingdom. Observe a towering gold statue of Buddha, Guru Rinpoche and Zhabdrung Ngawang Namgyel, as well as paintings of one thousand Buddhas and end your experience with a blessing from the desire-fulfilling statue of Sakyamuni. 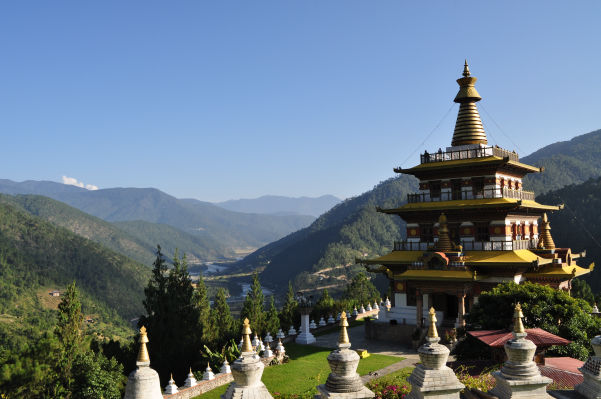 Follow the Mo Chhu upstream from Punakha Dzong, and the gleaming apex of the Khamsum Yulley Namgyal Chorten will soon appear on the opposite bank, a gold-topped beacn guiding you upstream. Seven kilometers (4 miles) northeast of the dzong, the tiered chorten stands 30-meters (100-feet) tall, it three stories covered with painted pageant of characters from the annals of Vajrayana Buddhism - including one protector deity pictured riding a shaggy brown migoi or yeti.

A path leads from the roadside to a bridge across the Mo Chhu, before climbing steeply up to the chorten itself. Visit in the cool of the morning then sit to catch your breath and enjoy fabulous views up and down the lush Mo Chhu Valley. 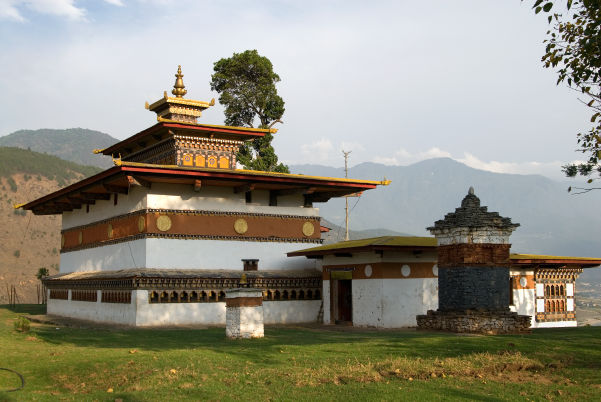 The sacred Chimi Lhakhang, known as the Fertility Temple, is a revered place of magic and miracles. Blessed by the eccentric maverick yogi and saint Drukpa Kunley, known as the ‘Divine Madman’ and father of fertility, he had very unconventional ways of teaching and this Buddhist monastery is said to be a place of fertility and blessings. Those unable to fall pregnant and childless couples make the devout pilgrimage here in the hope that they will be honoured with a wang or a blessing from a Buddhist monk and his ‘magic thunderbolt of wisdom’. Woman who enter the temple who are hoping to conceive are made to carry a wooden phallus around the temple three times. 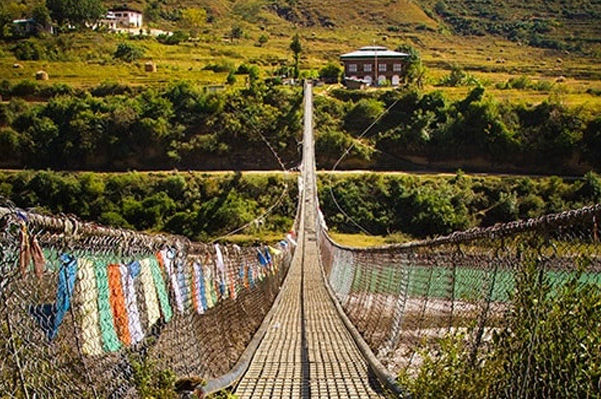 The Punakha Suspension Bridge is located very much near to the Punakha Dzong and is the longest suspension bridge in Bhutan built above the Po Chu river. 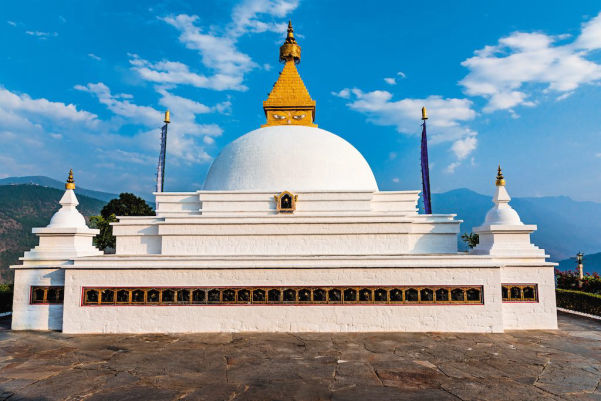 The Sangchhen Dorji Lhuendrup Nunnery is perched on a hilltop overlooking the beautiful Punakha valley and Wangduephodrang valley. Surrounded by rich lush green pine forest the nunnery complex is a true expression of Bhutanese architecture portraying strong traditional values.
The Sangchen Dorji Lhuendrup Nunnery was built as a Buddhist College for nuns and currently houses about 120 nuns. The nunnery complex also houses a meditation centre for nuns. Apart from religious schooling, the centre also strives to provide life skills such as tailoring, embroidery, sculpting and Buddhist Thangka painting.
Tourists can take advantage of the tranquil ambience and immerse in meditation programs and also take the opportunity to observe the spiritual lives of nuns while they learn and prepare themselves for life with a variety of skill training. 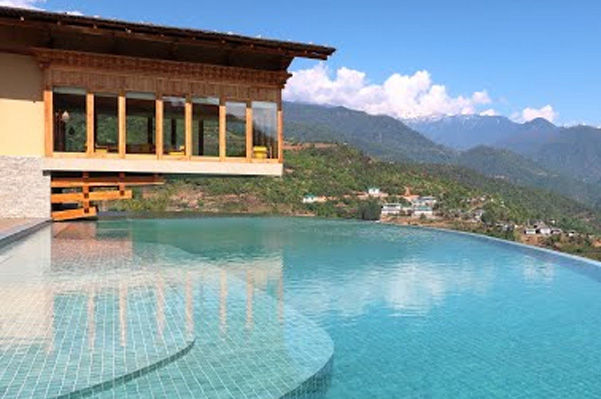 A wide variety of accommodation is available ranging from luxurious 5-star hotels to cozy little hotels and home stays in traditional Bhutanese homes and settings. Visitors can be assured of their warmth and comfort of the hotels. Similarly, the ambiance and hospitality offered by the hotels are incredible. 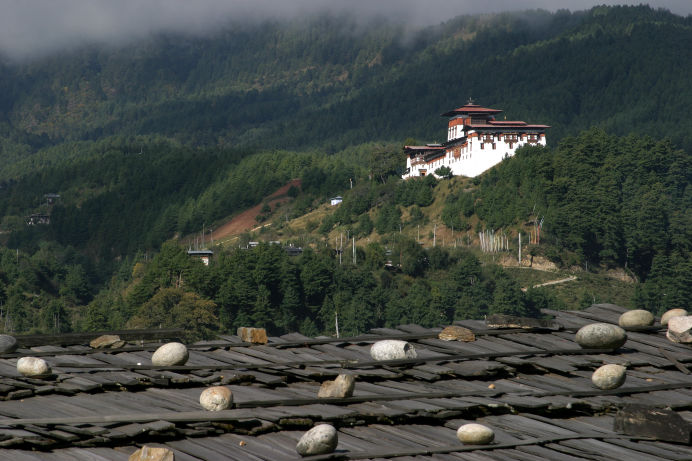 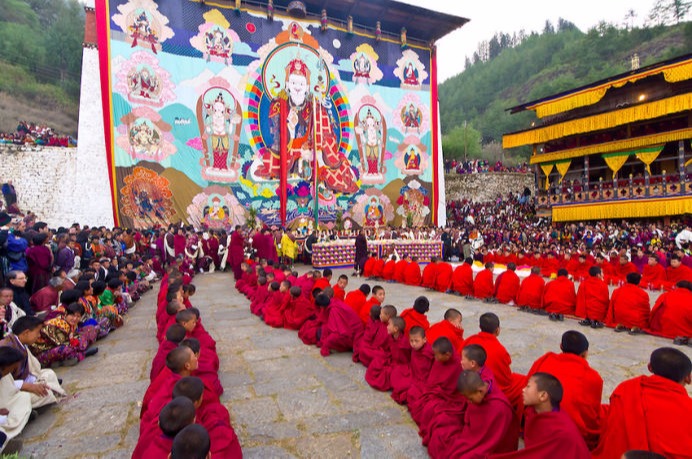 Festivals or tshechu are a major part of Bhutanese life and offer a unique cultural insight into this Himalayan Kingdom. 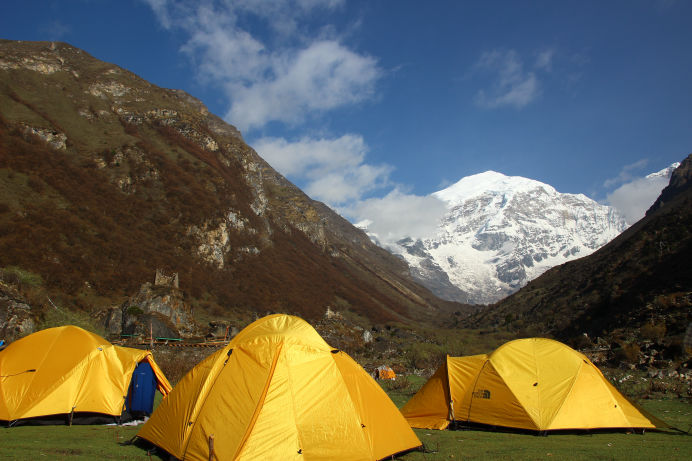 One of the best ways to experience the heart and soul of this unique destination is to incorporate a trek into your itinerary. With much of the kingdom covered with ancient forests and high alpine meadows, a trek will not only bring you closer to nature but provide you with the opportunity to meet rural people. 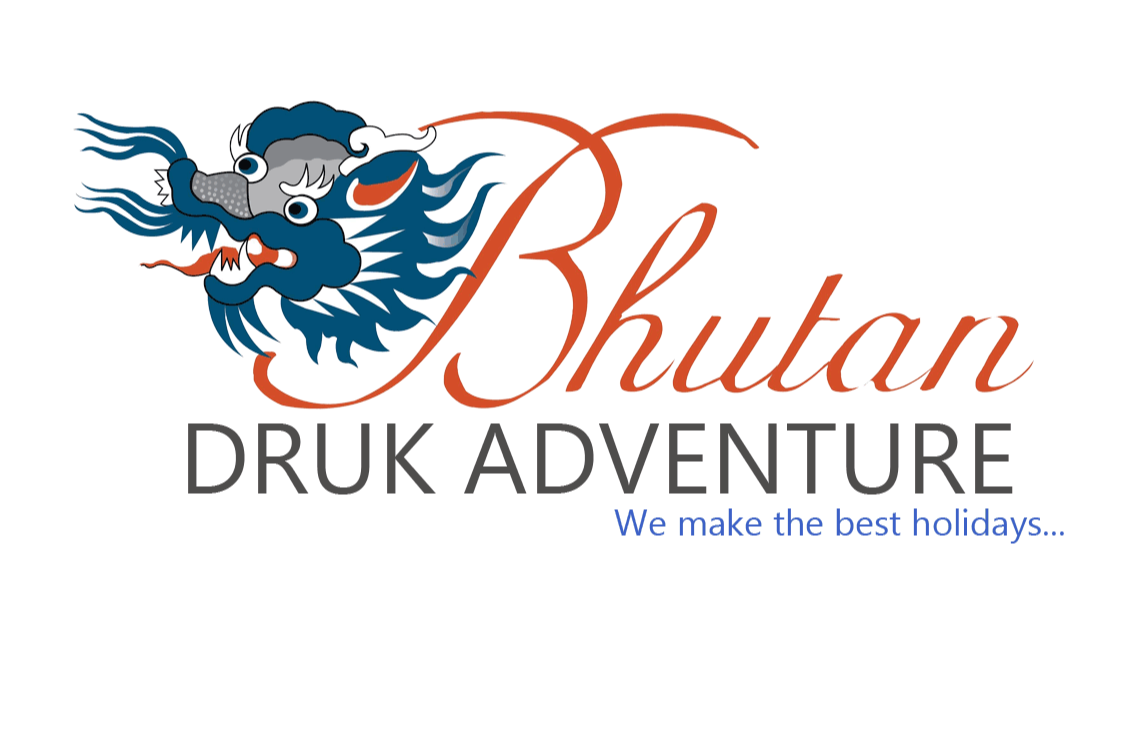 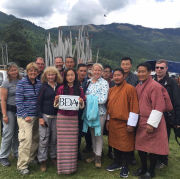